We had breathed the good will of civilisation again. Smiles on our faces we rode up a final hill to a small store in a small mining town called Peine. After 16 days without resupply, our pasta stock cube, lentil and veg diet was finally coming to an end.

Ravenous, we managed to eat 6 sandwiches in about 20 minutes, complimentary coffee and sweets as demanded by our bellies. We lingered out the front of Peine’s tiny mercado, for two hours, doing our bodies the justice they deserved. 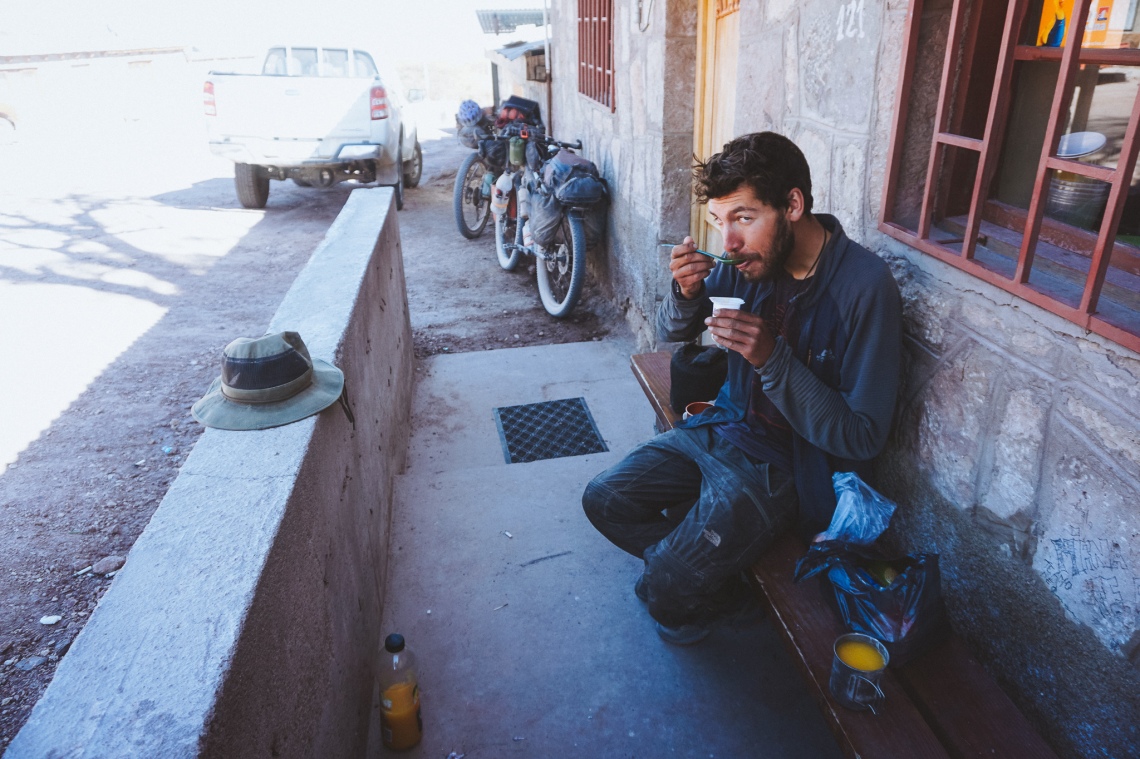 It was mainly tarmac grinding to San Pedro, incredibly we covered the same distance in two hours as we did in some 6 hour days on the Puna. Fast cars roared past again as mirage on the horizon grew larger, and larger until we found ourselves in the Plaza De Armas, San Pedro.

After a few jugs of beer it was time to find a home. For ten days, it became Casa El Sol Naciente. Among a family of 3 other cyclists, it made a good place to rest the loins. Over the days to come more lovely people would pass through. It was nice to finally talk to new people again.

Magically, uncle Arnold was in San Pedro after an extensive battle with Chilean post. After waiting a month for a sleeping mat, bank card and some parts for his Rohloff, he was on the road again.  He had actually been locked up in Chile since I left for Paso Portillo, just over two months. For a man with so much life, unable to sit still, I don’t know how he composed himself for so long.

Another fellow we met in Santiago also seemed to be making his way to San Pedro too, although a little faster. Henry, we met on our first day in Santiago. He helped hold the doors open to our hostel whilst we dragged our bikes through the living room. His eyes were wide with genuine astonishment, and the questions blurted out in uncontrollable bouts. Our first friend in the bustling city of Santiago, and a very memorable one. He was about to undertake a wild mission of his own, riding South America by bike. Some 8000km and 3 months later here he was. 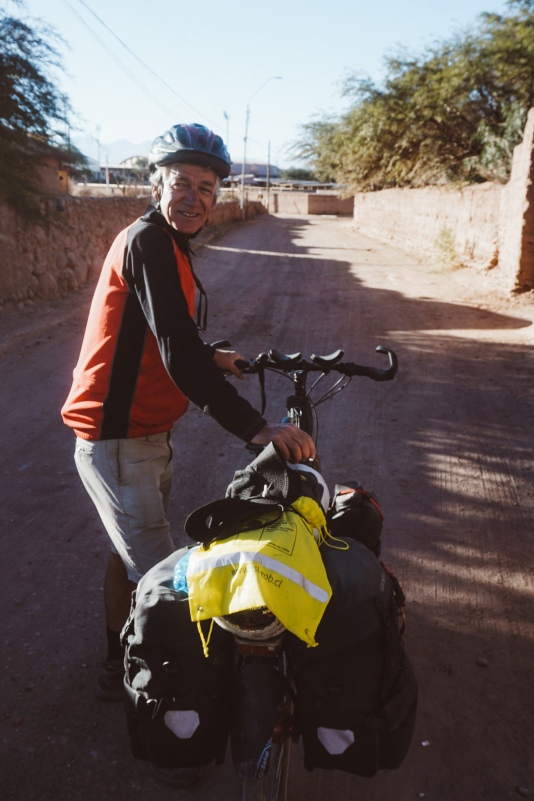 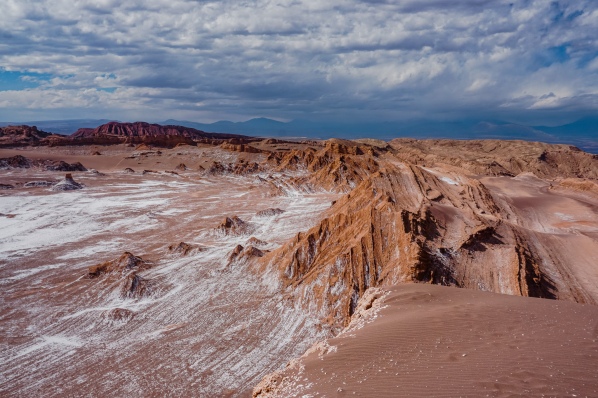 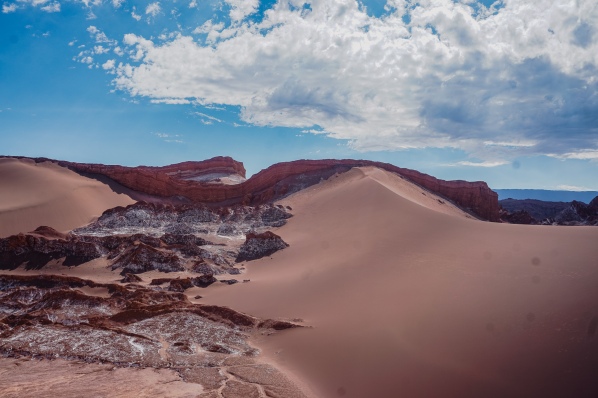 The other unforgettable egg i was lucky enough to meet was a fellow Id been following over the best part of three years. I’d been glued to his beautiful photos and stories that perfectly capture the essence of travelling by bike. Martijn (@espiritu-libre) of the Netherlands has been exploring and documenting his journey through our world by bike
(https://www.espiritu-libre.com/). His journeys spanning just over 3 years. Have taken him from Europe to Singapore, and now from Canada down to Ushuaia, covering a total of around 30’000km. One of my many inspirations to travel by bike almost two years ago, now, I was embracing his sweaty body in an abrazo fuerte (strong hug). Such is the beautiful magic of the cycling community here.

Between finding time to relax and social, I was seeing the world with new eyes, the Puna had been the perfect sum of the challenges before, challenges from which to grow, and to judge myself by. My feet now left a unique footprint on the earth, and my eyes saw the world under new light.

On our days off we seemed to be trading bikes and wandering down more dusty roads in search for beautiful places. One outing led us down the Valle del Luna, a moonscape similar, but uniquely different to our traverse of the Puna. Somehow a hercules challenge sparked along the way, seeing everyone try lift each others bikes over their heads. Mine, won the heaviest award.

One particular morning saw Arnold pedalling off into the light of the early morning, a little worried and excited for his highest pass of his life, entering Bolivia, and the altiplano. He came back 10 minutes later short of air, ghasping “Guys! We have to go! We are going up to 5700m in a customised truck of Volcan Lairecabur!”  I drank my cereal, whilst Arnold ran back to hold up this truck and it’s paying customers. 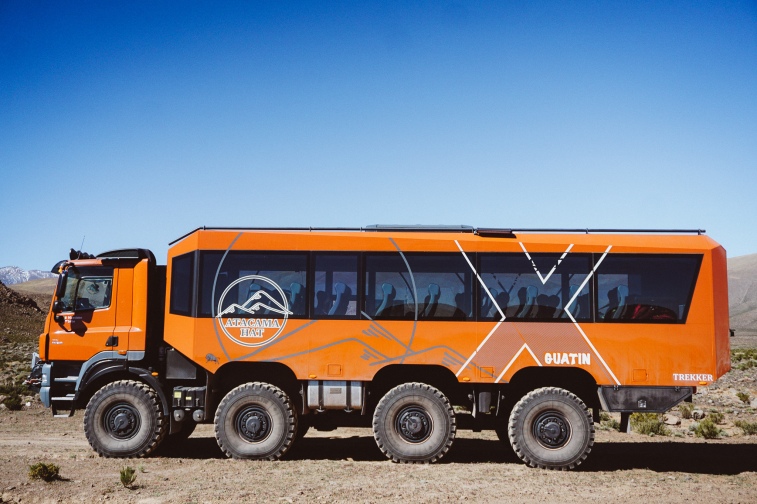 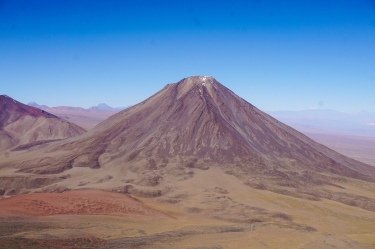 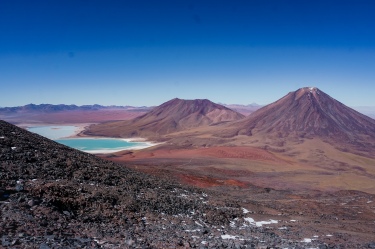 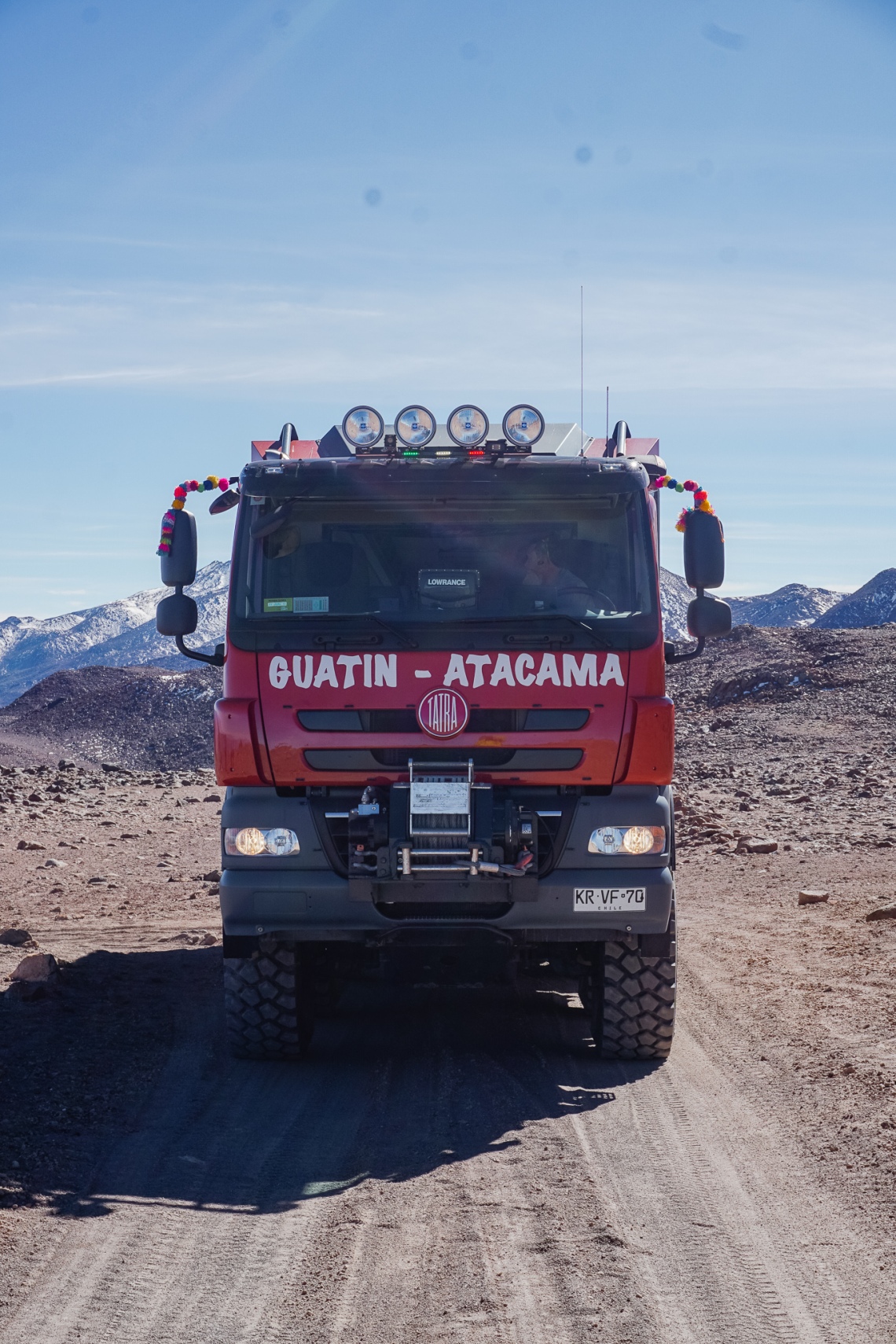 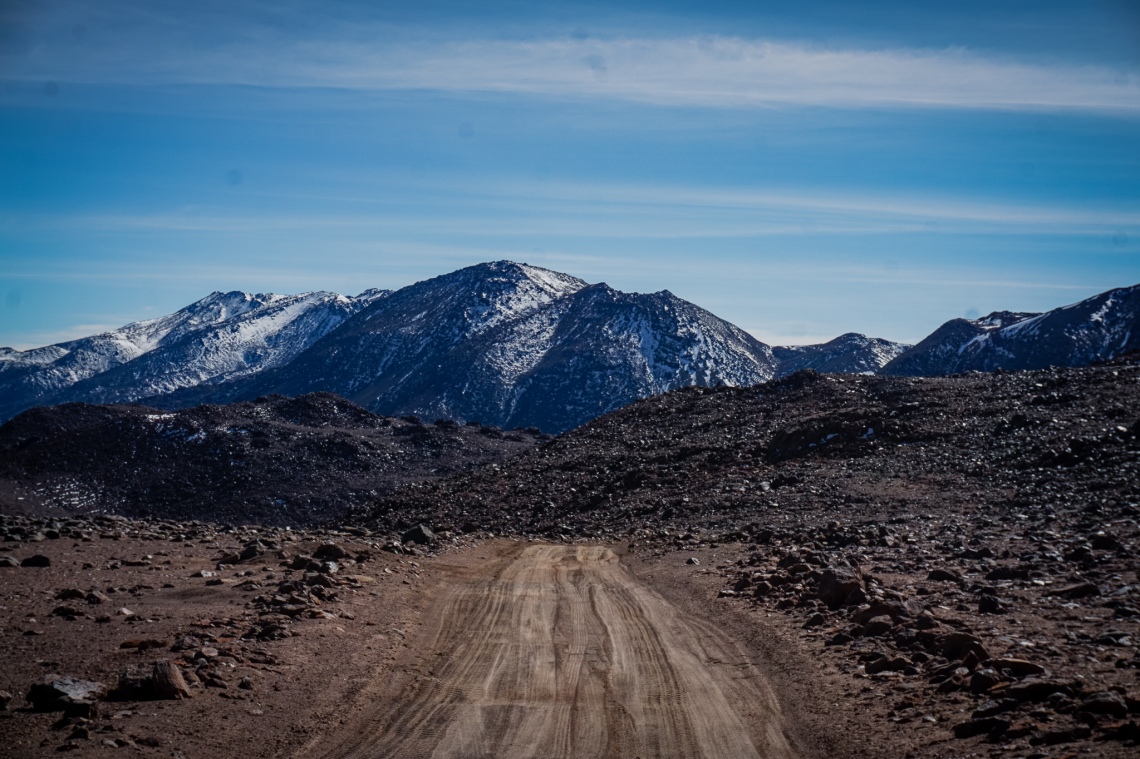 We found the vehicle, saluted the driver, and inspected the million dollar vehicle. Smiles on our faces, where were we and how did we find ourselves in this situation…. It was the most complex vehicle I had ever seen, and it was all free, due to Arnold’s incredible way with people.  It was nice to reap some benefits of beautiful places without such arduous exertion.

*The route would be an amazing ride, if you’re looking for a gpx or some info, Andy and Eileen have a good write up.
https://itsdownhillfromhere.com/2017/11/05/pushwhacking-volcan-sairecabur/

Eventually the balance of time and money was tilting, it was time to leave the comforts of nice food, and San Pedro. The chapter of a lifetime with Toby came to an unfortunate end as we wanted some time apart to pursue our own journeys, so for now this would be a sad goodbye until the paths crossed again. In one continent, going north, i’m sure it wouldn’t be too long.